It has been said that the making of money "out of thin air" is frowned upon by the ruling class. One might wonder how this differs from the usual making of money from bonds, especially  when one looks at the eventual likelihood of USTs being traded as a subprime issuance.

The use of dark money enters into these thoughts - massive sums of USDs that support geopolitical strategy. This dark money never reaches the world's middle classes in any significant way. However, it does impact the thoughts of nations regarding trade, when the currency being used is the world's de facto trade settlement unit..

We know that NO ONE Nation-state is foolish enough to outright detonate the dollar. Just the same, EVERYONE is on board with the idea of a concerted, gradual (yet substantial) reduction in global USD trade settlement. In energy, agriculture, even semiconductors. So the battle behind the curtain today is one of dark money flow vs. working economy geopolitical support. This is a late stage can kicking exercise as the inevitable approaches. Negative interest rates, bond yield targeting and outright stock purchases (by CBs) will be too little, too late.

Dark money gradually loses power when those who benefit weigh all disadvantages - including those of a politicized and weaponized trade settlement unit. That loss of power weighs heavily on the dollar system's issuing central bank. 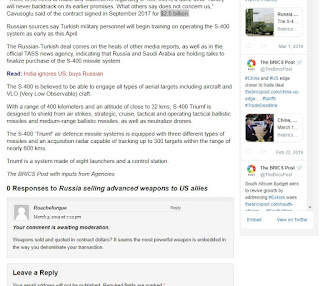 So the essential question in this debate of the coming crisis remains - will it actually come (or not) in the epic hyper-inflationary currency destruction event described by Another and his followers. Remember the great oxymoron of the digital currencies, "when one major currency fails, they all fail" and "no paper currency will survive the coming fire".

But this line of reasoning follows from the current FX paradigm, in which "all currencies get their value from the dollar".

Again I will tell you, this connection to the dollar is changing, and the entire FX paradigm with it. As the dollar system is gradually abandoned, those major currencies become less affected by it - thereby "less connected " to it - and more connected to balance sheet gold reserves. Sovereign gold reserves will become a MAJOR determinant of relative currency value, especially as the currencies relate to oil, LNG, major commodities and critical technology including military industry. The IMF and World Bank? Soon to become relics of their former systemic role.

The problem is debt. And the dollar system's "U.S. debt as wealth" premise is being abandoned by nations settling trade in gold-backed currencies. The stronger currencies will trade with each other "backed by gold reserves in a gold regulated trading place". Today, these currencies are backed by gold in a dollar regulated marketplace where gold is a commodity priced by the dollar futures market. As the dollar function is replaced by gold used as a global reserve reference point for trading currencies, we will have a gradual return to relatively free markets where the dollar is ultimately priced by gold, instead of the other way around.

We will still have debt. We will still have currencies and derivatives. But these will all be valued by an FX regime that weighs their relationship to freely traded, free market priced physical gold. Ask any central banker about the only unencumbered asset on their balance sheet, which is now declared a "tier one" asset by the BIS.

The matter at hand today is less "when" than "how gently we arrive". Iraq's gold, Libya's and now Syria's is all part of this transition. The dollar system is still buying time.
Posted by Roacheforque at 1:50 PM